Fifty years ago, horrific creatures dubbed as the “enemies of humanity” suddenly appeared around the world. To combat these threats, teenagers gifted with supernatural abilities called “Talents”—such as pyrokinesis and time travel—hone their powers at an academy on a secluded island. Nanao Nakajima, however, is quite different from the others on the island: he has no Talent.

With many “Talented” teenagers around him, Nanao is often a target for bullying, but even so, he still strives to complete his training. Soon after, two transfer students, the mysterious Kyouya Onodera and the mind-reading Nana Hiiragi, join the class. But just as everyone starts blending as comrades-in-arms, mysterious disappearances begin to threaten the class’s entire foundation. [Written by MAL Rewrite] 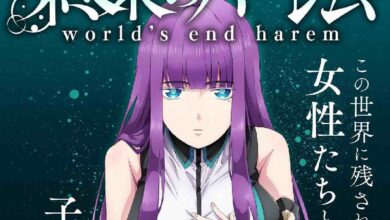