In a futuristic society, Japan has implemented a complex system referred to as “The Red Threads of Science” to encourage successful marriages and combat increasingly low birthrates. Based on a compatibility calculation, young people at the age of 16 are assigned marriage partners by the government, with severe repercussions awaiting those who disobey the arrangement.

For Yukari Nejima, a teen that considers himself average in every way, this system might be his best shot at living a fulfilling life. However, spurred by his infatuation for his classmate and long-time crush, Misaki Takasaki, Yukari defies the system and confesses his love. After some initial reluctance, Misaki reciprocates his feelings in a moment of passion. Unfortunately, before the two can further their relationship, Yukari receives his marriage notice. He is then thrown into a confusing web of love and lies when his less-than-thrilled assigned partner, Ririna Sanada, becomes fascinated with his illicit romance. [Written by MAL Rewrite] 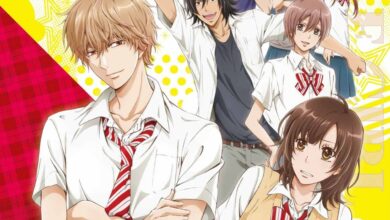